Trio to lead Team Singapore at the 2019 SEA Games 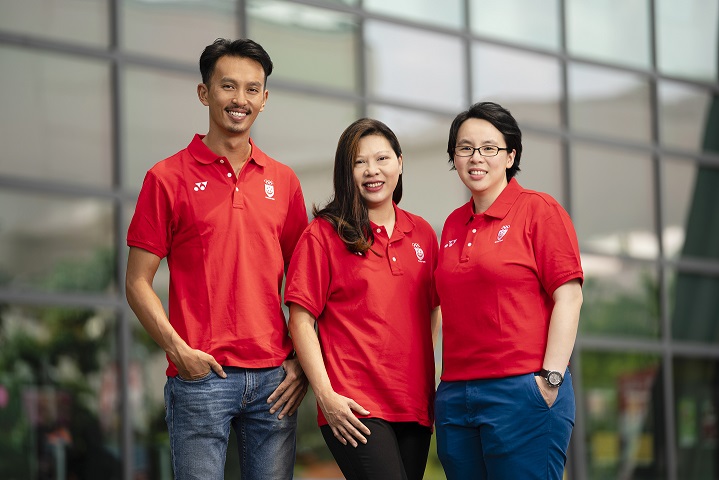 Singapore, 15 February 2019 – The Singapore National Olympic Council has appointed Ms Juliana Seow (46), Valerie Teo (34) and Chung Pei Ming (36) to lead the Singapore contingent at the 2019 SEA Games in the Philippines.

Former national fencer Seow will be making her chef de mission debut and will be assisted by two former national athletes – bowler Valerie Teo and sailor Chung Pei Ming. Both Teo and Chung have represented the Republic at the Asian and SEA Games.

Seow, who is also the president of national fencing body Fencing Singapore, said: “It is a tremendous privilege to be given this opportunity to represent Singapore at the upcoming SEA Games. Preparations for the Games are underway for the national sport associations and athletes who are working hard to meet the qualifying criteria.  With a record number of 56 sports held in a compact 10 days over more than 20 venues spread across Metro Manila, New Clark City and Subic Bay at the Games, we anticipate a large contingent to qualify. While it is going to be challenging logistically, Valerie and Pei Ming will work tirelessly with me and the secretariat to provide invaluable support to the athletes.  They are backed by their own experiences as high-performance athletes and professional careers to help our athletes.”

Drawing from her experience as the vice-president of Singapore Bowling Federation, a medical doctor and Asian Games and SEA Games medalist, Teo will ease into her role understanding the needs of an athlete, as well as the demands each one faces. The former Sportsgirl of the Year said, “I’m excited to be part of Team Singapore again. It is a privilege and a tremendous honour. I am looking forward to this opportunity to work with the NSAs and provide utmost support to our Team Singapore athletes and create a conducive environment for them to perform at their very best.”

As he takes on the assistant chef de mission role for the first time, Chung is excited by the prospect of helping Team Singapore athletes prepare and perform at the Games. The double SEA Games champion in sailing said, “When I was a competitive athlete, the ethos and spirit of the sailing team motivated me to think and act beyond myself. I hope to share my experiences with the Singapore contingent, and look forward to supporting the team to the best of my abilities.”

Said Chris Chan, Secretary-General of the SNOC, “We have received positive feedback from the athletes and officials on the appointments of former athletes as chefs de mission at recent major Games. We are glad that they all played a positive role in the team. We are confident that Juliana, Valerie and Pei Ming will be able to step up to the task and apply their knowledge and experience as former athletes and sports administrators to lead Team Singapore to a successful outing.”